Gabrielle Selz's Light on Fire: The Art and Life of Sam Francis has been awarded a silver medal in nonfiction  in this year's California Book Awards! Founded in 1931 during the depths of America’s Great Depression, the Commonwealth Club’s California Book Awards will celebrated its 91st anniversary this year. The purpose of the awards is to highlight the work of California authors – a praiseworthy goal at a time when the publishing industry (then and now) remains focused on East Coast writers. Over the years, many of the most important voices in American literature, such as Joan Didion, Ishmael Reed, Amy Tan, Hector Tobar, and Viet Thanh Nguyen, have been honored with California Book Awards. Light on Fire is a biography of the abstract expressionist painter Sam Francis, who was deeply rooted in California. Congratulations to Gaby for this great honor! You can read the list of this year's winners here. … END_OF_DOCUMENT_TOKEN_TO_BE_REPLACED

A beloved holiday tradition of North 24th Writers is game that some people call a “Yankee Swap”, and others call “Dirty Santa.” Here’s how it’s played: Everyone draws a number from a hat – which establishes the order for picking from the wrapped books we’ve all brought. The person who drew number one goes first, picking a wrapped book. Number two can either steal the first player’s book or choose a wrapped one. It goes on from there until the ninth person has a book. Then it gets more interesting. Player one, who didn’t have the option to steal the first time, can steal any book on the table. Then comes a flurry of book thievery and laughter. This year’s most purloined prize? The Love Songs of W.E. Dubois, by Honorée Fanonne Jeffers, with a surprising local contender as this year’s runner up, Lost Department Stores of San Francisco, by Anne Evers Hitz. There are no hard feelings because we share books with each other throughout the year. I was lucky enough to get the Lost Department Stores book, which several of us who grew up in the Bay Area coveted. Will I share it? Maybe! … END_OF_DOCUMENT_TOKEN_TO_BE_REPLACED 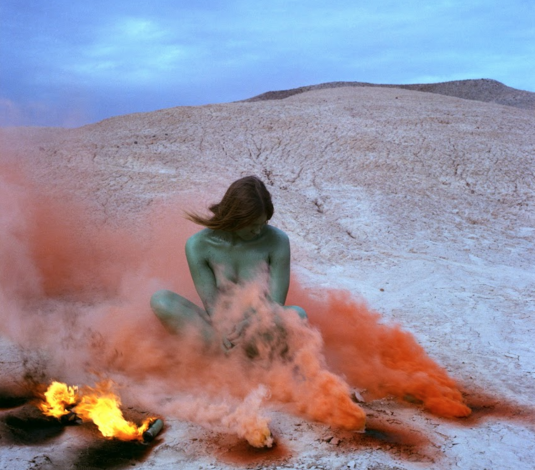 North 24thers took a field trip this weekend to see a retrospective exhibit of Judy Chicago’s work at the De Young Museum. In a surprising and welcome decision, the curators started with recent pieces by this feminist pioneer and moved back in time to her earliest creations. The show begins with ceramic, glass, and needle works that grapple with mortality, environmental devastation, and the Holocaust. It ends with exultant and joyful bursts of color in Chicago’s “Women and Smoke” series from the early 1970s, spotlighting some of the performances she staged with nude women and colored smoke in the California desert. I remember first discovering Judy Chicago as a teenager, when her show The Dinner Party opened in 1979 in San Francisco. The exhibit became a phenomenon, with its vaginal table settings that honored ancient female deities such as Ishtar and Kali, historical figures like Sojourner Truth, and artists such as Georgia O’Keeffe. The sketchbooks and preparatory studies for The Dinner Party fascinated us, as did Chicago’s crediting of the many needle workers and volunteers who contributed to her projects over the years. The Birth Project, which followed The Dinner Party, drew female volunteers from the U.S., Canada, and New Zealand. As someone whose most recent book focused on the experience of women working collaboratively with each other to fight a social injustice, I was moved by Chicago’s ability to inspire so many volunteers to come together to make art. Her joyful fireworks of brilliantly colored smoke were also a jubilant sendoff to the show. Julia Flynn Siler     … END_OF_DOCUMENT_TOKEN_TO_BE_REPLACED 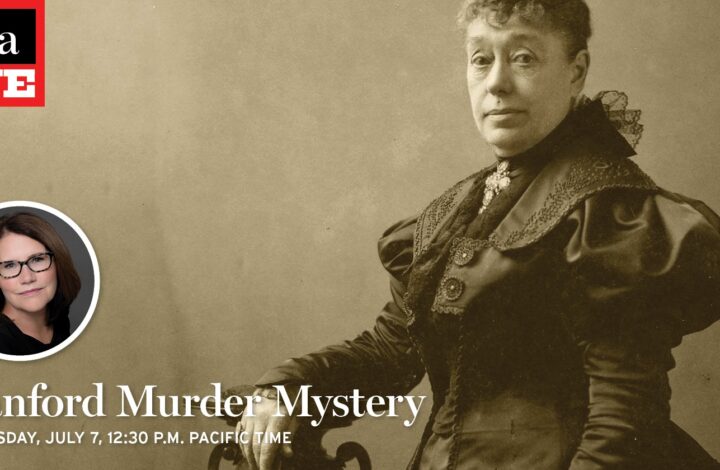 By Julia Flynn Siler For a sobering instance of history being written by the victors, consider the death of Jane Lathrop Stanford. As co-founder and primary benefactor of Stanford University, Jane died of strychnine poisoning in 1905 in Waikiki. For nearly a century, the fact of her murder was successfully covered up. The key figure involved in that cover-up was the university’s first president, David Starr Jordan. He was the victor in shaping how history undervalued Jane’s contribution as a leading educational philanthropist over the next hundred years or so. But now, we’re at a moment in time when many institutions are examining their histories. And Jane, at long last, may finally get her due -- as the full story of her life and death come to light. North 24th member Julia Flynn Siler wrote about the still-unsolved mystery of her death for the summer issue of Alta Journal and discussed the story on  July 7th in an Alta Live online event.   Filed Under: Bay Area Book Scene, History, Speaking, women's history Tagged With: California history, History, murder, stanford … END_OF_DOCUMENT_TOKEN_TO_BE_REPLACED