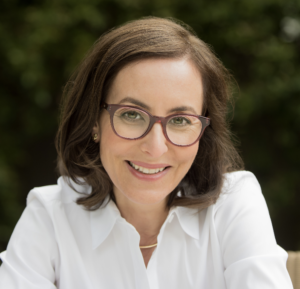 Leslie Berlin is Project Historian for the Silicon Valley Archives at Stanford University. She has been a Fellow at the Center for Advanced Studies in the Behavioral Sciences and served on the advisory committee to the Lemelson Center for the Study of Invention and Innovation at the Smithsonian’s National Museum of American History. Leslie has been a “Prototype” columnist for The New York Times and has commented on Silicon Valley for the Wall Street Journal, NPR, the BBC, PBS, The Atlantic and Wired.

Alphabet chairman Eric Schmidt called publication of Troublemakers, her book exploring Silicon Valley during the 1970s, “a landmark event.” The Washington Post said that The Man Behind the Microchip, her definitive biography of microchip co-inventor and Intel co-founder Robert Noyce, “should be required reading for today’s entrepreneurs and executives.”

She received her PhD in History from Stanford and her BA in American Studies from Yale. She has two college-age children and lives in Silicon Valley with her husband. 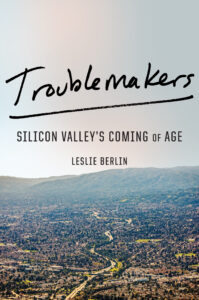