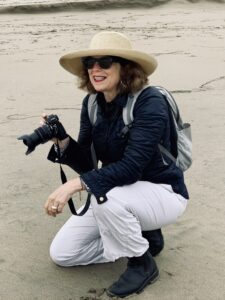 Jeanne Carstensen is an award-winning journalist whose work has appeared in The New York Times, Foreign Policy, The World, The Nation, Salon, Nautilus, and The Global Post, among others. She covered the Syrian refugee crisis in Greece, Turkey, and Europe for U.S. media with support from the Pulitzer Center on Crisis Reporting. Her article on Syrian refugees returning to Syria was a finalist for the Immigration Journalism Awards. Carstensen has been awarded fellowships at the Logan Nonfiction Program, National Arts Journalism Program at Columbia University, and Mesa Refuge, where she was the Peter Barnes Long-form Journalism honoree. Previously, she was managing editor of Salon and The Bay Citizen, which produced the Bay Area pages of The New York Times, and an editor at SFGate.com and The Whole Earth Review. Born in Portland, Oregon, Carstensen has lived in France, Greece, and Costa Rica, where she was a shortwave radio producer and translator. She lives in San Francisco.

Her book, A Greek Tragedy: One Day, A Deadly Shipwreck, and the Human Cost of the Refugee Crisis, will be published by Astra House in 2023.