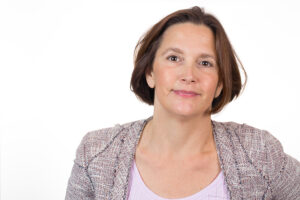 Frances Dinkelspiel is an award-winning journalist and the co-founder and executive editor of the local news site Berkeleyside and Cityside, its non-profit parent. Her work has appeared in the New York Times, Wall Street Journal, Los Angeles Times, Daily Beast, People magazine, AARP and elsewhere.

Frances’ first book, “Towers of Gold: How One Jewish Immigrant Named Isaias Hellman Created California,” was a San Francisco Chronicle bestseller and was chosen as a best book of the year by the Chronicle and the Northern California Independent Booksellers’ Association. Her second book, “Tangled Vines: Greed, Murder, Obsession and an Arsonist in the Vineyards of California,” was a New York Times and San Francisco Chronicle bestseller and was named a best wine book of the year by the Wall Street Journal and Food and Wine magazine.

Frances has been featured in numerous television shows, including “American Greed,” and “Who Do You Think You Are?” as well as the documentary, “American Jerusalem: Jews and the Making of San Francisco.” She is a recipient of the Benjamin Wheeler Award, given for distinguished service that has benefited the people of Berkeley. She is a frequent lecturer on wine, California history, the Jewish role in the settlement of California, and the changing landscape of news.

In 2019, Frances and the two other co-founders of Berkeleyside, Lance Knobel and Tracey Taylor, were chosen as the Benjamin Ide Wheeler Medal recipients for 2019. Established in 1929, the Wheeler Medal honors members of the Berkeley community for distinguished service in any field whose work has benefited the people of Berkeley. 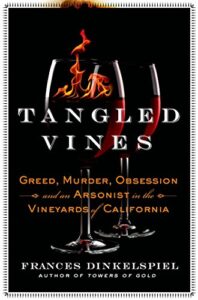 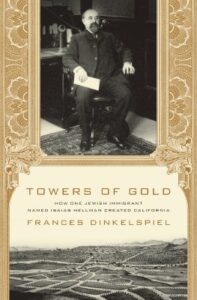